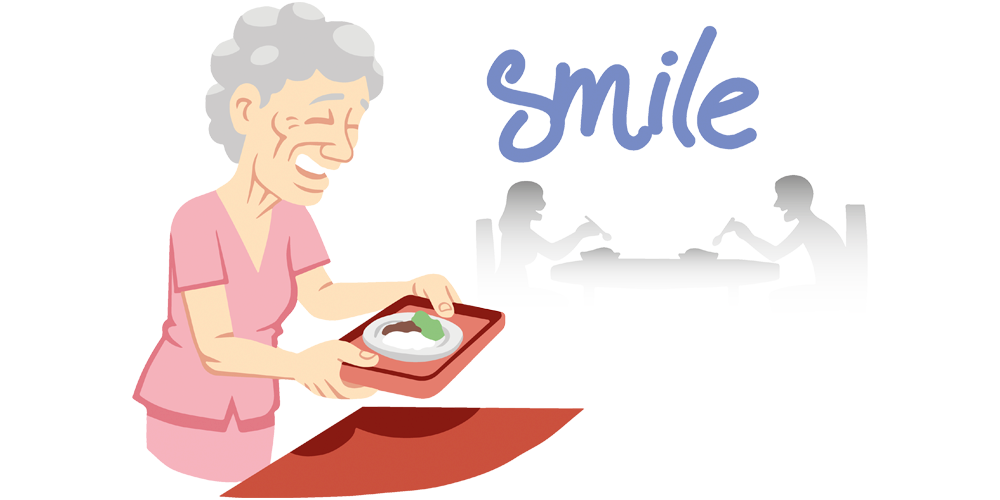 I see him every day that I drive down the hill; the old man that is waving with his walking stick. Every time I wave back, he smiles from ear to ear; for him it’s another day of purposeful living with Alzheimer.

The “Blue Zone” is a non-scientific term given to geographic regions that are home to some of the world’s oldest people. Geographic areas in which people have low rates of chronic disease and live longer than anywhere else. Researchers identified that factors other than diet and exercise play an important role in longevity. Religion, life purpose, family and social networks also influence how long you live as well as your quality of life.

This is confirmed through research by Rush University Medical Center in Chicago that shows that people who said they had more purposeful lives were about 2.4 times less likely to develop mild cognitive impairment and had a slower rate of cognitive decline. But how can you help someone with purposeful living with Alzheimer?

Purposeful living with Alzheimer; getting dumplings instead of a hamburger

Imagine ordering a hamburger and getting served dumplings instead. Or being escorted to your seat by a waitress, only to end up having to take the order yourself. In a Tokyo pop-up restaurant, waiters and waitresses, all of whom have dementia, have the customers’ blessing to make mistakes. “The Restaurant of Order Mistakes” is the brainchild of Shiro Oguni, a Japanese TV director, whose aim is to deepen awareness of dementia, change the perception and offer purposeful living with Alzheimer.

For Japan, with its rapidly aging population and a growing number of dementia sufferers, taking a leading role in confronting the problem seems only logical.

He said that while dementia is a serious issue,” he finds it reassuring to hear the positive comments. “The words I often hear from the guests are very positive — ‘cute,’ ‘funny,’ ‘happy to be with,’ and ‘comfortable.”

Yoko Kono, 78, and Hideko Maruyama, 82 were among the 17 male and female waiters and waitresses on rotation. “It was fun,” Maruyama said during a break at the restaurant, which opened at 11 a.m. By the afternoon, she seemed to have forgotten about the waitressing she had done that morning, but she was eager and willing once called upon to serve again.

Also Kono was all smiles when asked about her tasks. The two women said they would want to come to the restaurant as customers. In addition to that, Yasuko Mikawa, 62, diagnosed with early onset Alzheimer’s, played piano. She entertained with her performance alongside her husband playing the cello.

Organizing a restaurant of this nature, requires the help of professionals from the restaurant, interior design and social welfare sectors, among others. Oguni strives to open the restaurant annually, perhaps coinciding with World Alzheimer’s Day on September 21. The three-day run in September was made possible thanks to the roughly 12.9 million yen (about $117,000) that was collected through crowdfunding. Almost 300 people came, mainly those who helped in the crowdfunding campaign, and the restaurant was sold out every day.

The point is not that waitress and waiter forget orders. But the service itself sometimes causes hilarious situations. A waitress escorted a guest to a table and took a seat herself. A waiter asked an other waiter to take the order of him and his tablemates.

Other than that, there were no major issues. Even people with dementia can perform tasks under the right conditions.

The restaurant project is not only about people with dementia, but an opportunity to think about how kindness can take root in society.

For someone who’s suffering from the effects Alzheimer’s disease, that sense of purpose is elusive and fleeting, if it comes at all. Those who care for someone with this disease quickly learn that scheduling daily activities which provide a sense of purpose is vital to the overall well-being of their loved one.

Finding purposeful living with Alzheimer can be as simple as drawing upon what your loved has always enjoyed. Did he or she love animals? Magazines with cute pictures of four-legged friends are surprisingly soothing and delightful. Sometimes people enjoy cutting out the pictures and making a collage or simply pinning them onto a bulletin board. This is only an example. Use this concept to tailor an activity for your loved one based on his or her interests and lifestyle. But remember, there are different levels of cognition as the disease progresses. Don’t create activities that are too difficult or rely too heavily on memory skills. And … try not to judge. Helping with basic tasks is an obvious way to bring purpose, but don’t be too harsh if the results are less than optimal. The important thing is that your family member feels useful.