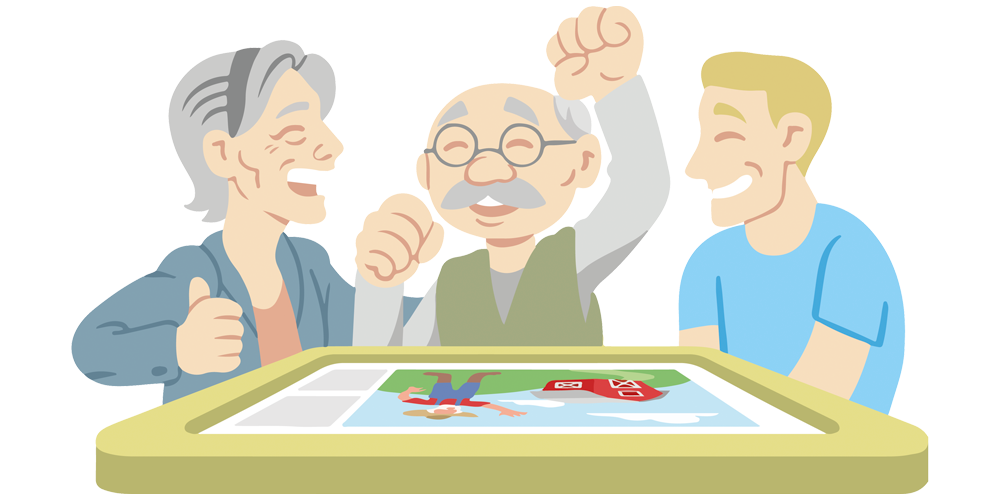 Music has been known to affect those with dementia and Alzheimer’s, but why music activates Alzheimer patients, has not always been clear. Lately more and more research is done into the effects of music and activity on the daily lives of people with dementia. Because, even when talking is no longer possible, contact is still possible via music.

How does it work?
Although it is difficult to determine why exactly, researchers see that key brain areas linked to musical memory are relatively undamaged by the disease. As a result, people can often recall memories with the help of well-known music. There are many musicians who, despite advanced dementia, are still able to play an instrument.

Music activates Alzheimer patients
A recent study shows that dementia and Alzheimer’s patients can recall memories and emotions, and have enhanced mental performance after singing classic hits and show tunes from movies and musicals.

Music can evoke emotion in even the most advanced of Alzheimer’s patients. By pairing music with every day activities, residents can even develop a routine that helps them recall memory, as well as improving cognitive ability over time.

Because these two abilities remain long after other abilities have passed, music is an excellent way to reach beyond the disease and reach the person.

In the later stages of dementia, patients often lose the ability to share emotions with caregivers. Through music, as long as they are mobile, they can often dance. Dancing can lead to hugs, kisses and touching which brings security and memories.

People with dementia commonly struggle with anxiety and depression as the disease progresses. Ever hear a song that engages you so profoundly it takes hold of your mind’s full attention? By engaging our brain and our attention in the right ways, music is able to activate, sustain, and improve our attention and lightening the mood. Music requires little to no mental processing, and also singing music does not require the cognitive function that is not present in most dementia patients. That’s why music activates Alzheimer patients.

What kind of music does the trick?
Music activates Alzheimer patients, so if you’d like to use music to help someone who has Alzheimer’s disease, consider these tips:

Music memories
Important moments in our lives are often linked to music memories. Moments of happiness, sadness and joy that you don’t want to lose. Yet it happens to many people. People with Alzheimer’s or another form of dementia. With dementia, music can bring back forgotten memories or the feeling of this.

Based on the fact that music activates Alzheimer patients, the Acerize table includes children’s songs and hits from the 50s / 60s. So, listen together with your resident and/or your loved one with dementia and go back in time!